Way back in October of 2021, I wrote a post about Setting Up a Development Environment for the Cluster API Kubemark Provider. In that piece I explained how I’m configuring Kind with Cluster API and the Kubemark provider to create “hollow” Kubernetes clusters. In the time since then, I’ve converted those instructions into a set of Ansible playbooks and helper scripts which make the automation of this process very easy. So, without further ado, let’s look at how to deploy a virtual server for running hollow Kubernetes scale tests.

Before we get rolling though, these are the versions I am using at the time of writing. I cannot guarantee that these will work in the future, but for as long as I continue to maintain these repositories they should be updated over time. Reader be aware.

I’m going to walk through this from the ground up. I will start by creating a virtual machine, using Ansible to update it and build the Kubernetes bits, and finally how to work my helper scripts to create clusters.

I’m using Fedora as my host operating system with the default Gnome desktop environment installed. Gnome comes with Boxes as the main graphical application for managing virtual machines. Although my host is Fedora, I like to use Ubuntu for the virtual machine because the Docker integration is a little easier for me. Kind does work with Podman but I have had issues getting the Cluster API Docker provider to work with it. An improvement I would like to make to this process is to automate the virtual machine creation process by using a script that talks directly to the host hypervisor, or perhaps using a cloud image. 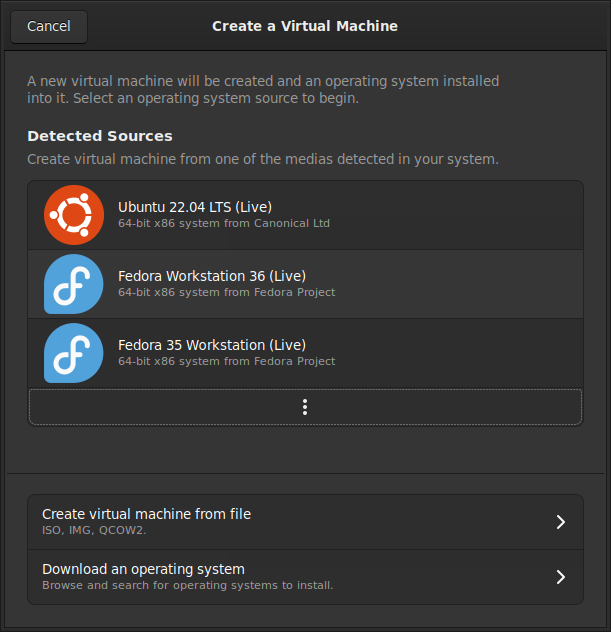 I usually create a virtual machine with 16 GB of RAM and 64 GB of hard drive space, this is enough for me to test small clusters with up to a few dozen nodes. 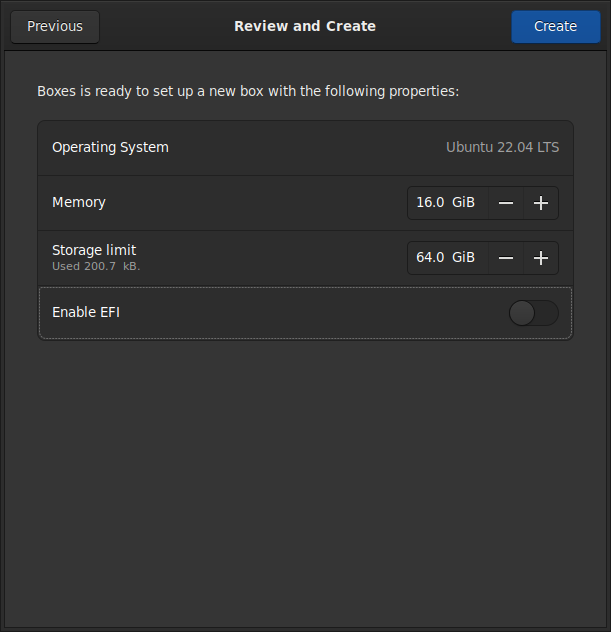 One thing I find really convenient about the Ubuntu installer is the ability to pull my SSH keys from GitHub.

At this point I like to stop the virtual machine and make a snapshot. This allows me to quickly reset the instance back to a semi-pristine state if I feel like installing different versions of the tooling, or just want a blank slate. 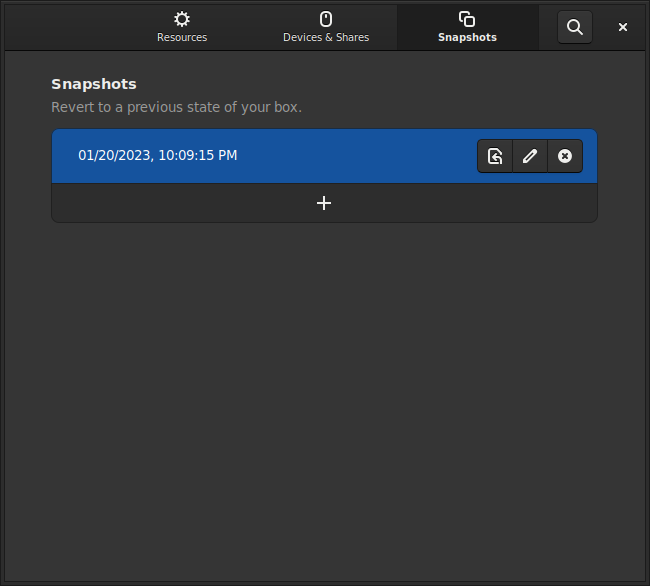 Once the virtual machine is created and rebooted, and I ensure I can login with SSH, I clone my Cluster API Kubemark Ansible repository to my Fedora host. This repository contains a couple playbooks; one for installing the toolchain, and another for building the Cluster API binaries. The first thing I do is copy the inventory directory to inventory.local and then edit the hosts file to look like this:

After updating the inventory, I run the command to execute the setup playbook. Keep in mind that the -K command line flag will ask for a password to become root. The command looks like this:

This will run for 10-15 minutes depending on connection speeds and local variables, but when it finishes it should look like this (yes, I need to investigate that deprecation warning): 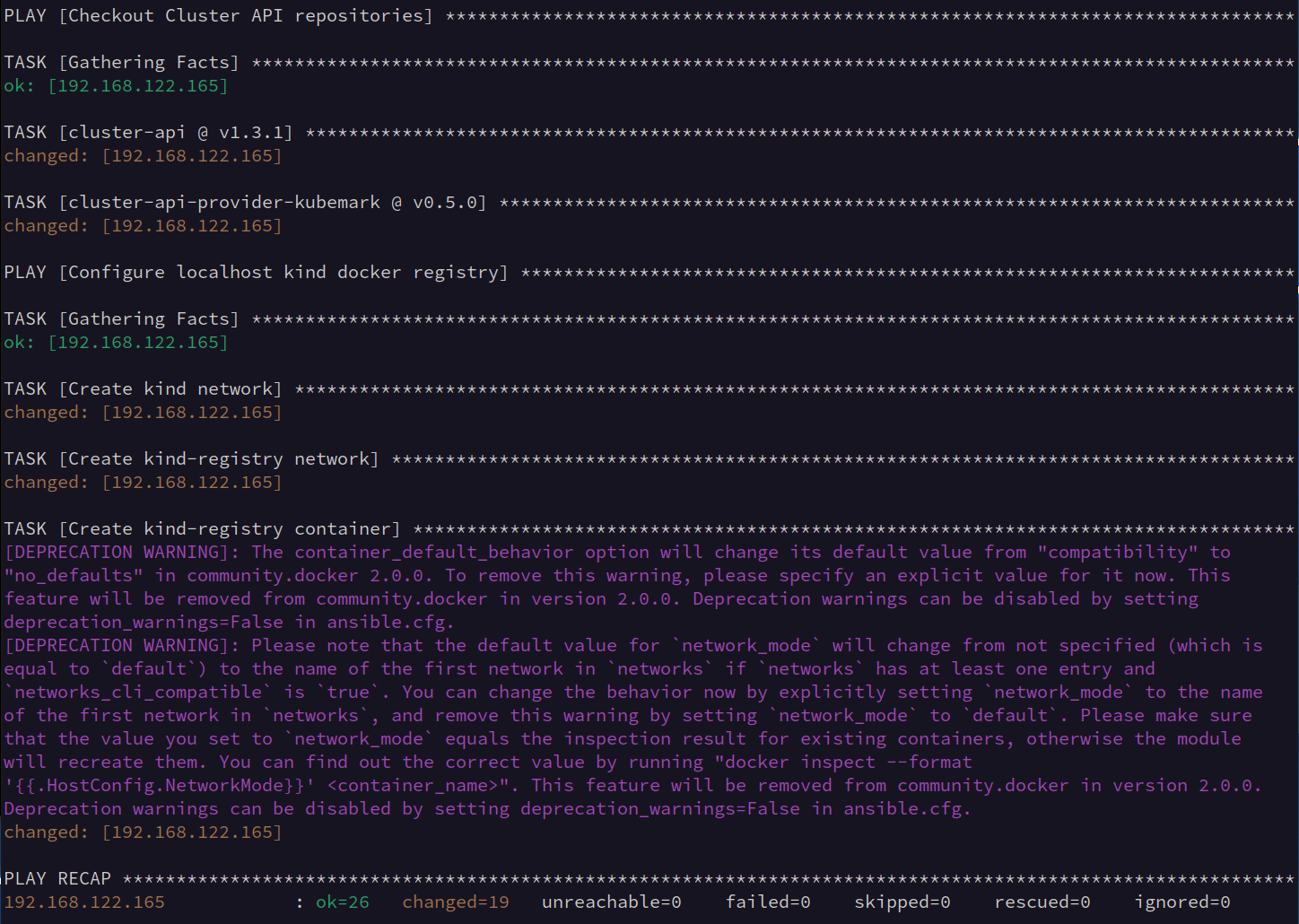 Something to note about this step of the process is that a container will be started on the virtual machine to host a Docker registry. This container is used by Kind so that local images can be quickly pushed into the running Kubernetes clusters. To access it you need to tag container images as belonging to localhost:5000/.

Now that the toolchain is setup to build Go code and container images, I want to install the Cluster API project, Cluster API Kubemark provider, and then build everything. To start the process I use this Ansible command, note that this does not need root access:

Like the previous playbook, this could also take 10-15 minutes depending on resources. When finished it should look something like this: 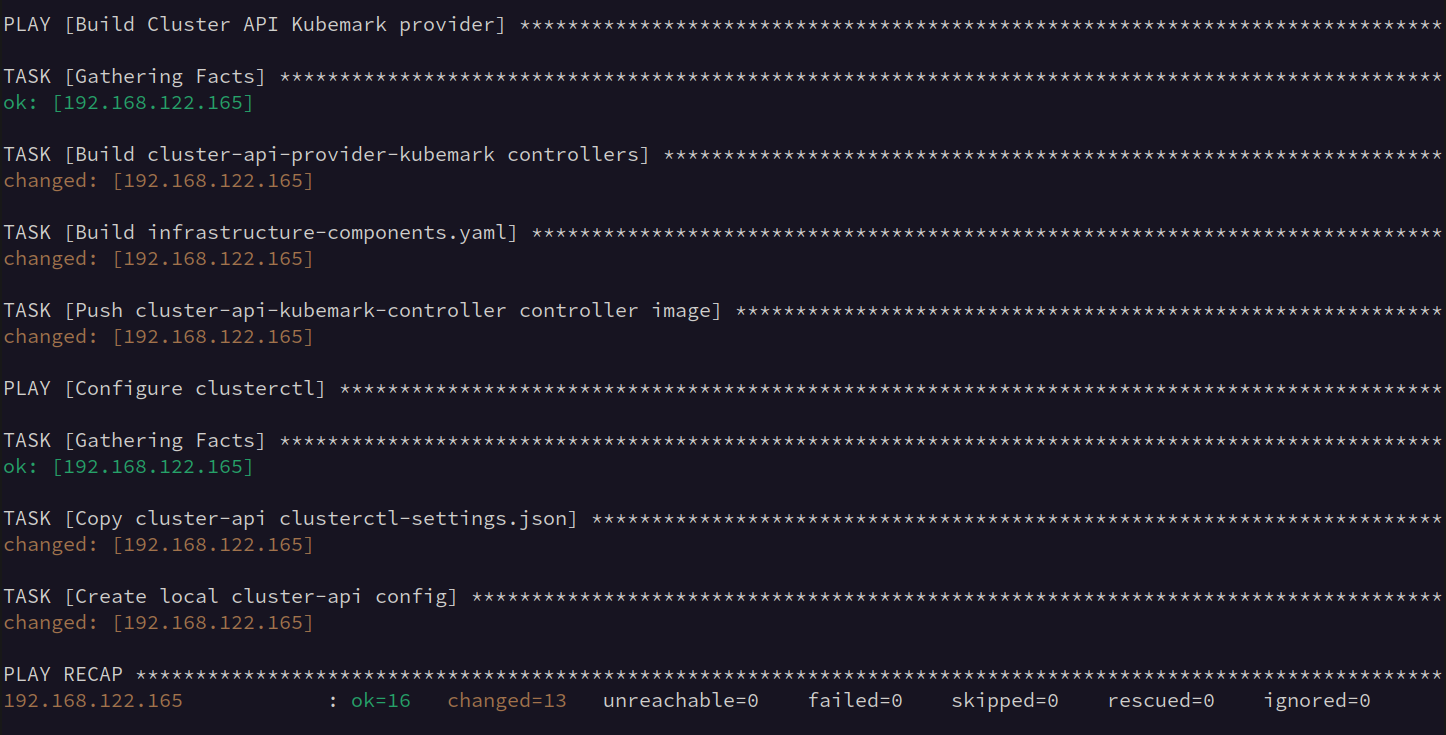 The last step in my process is to install my CAPI Hacks on the virtual machine. These are a set of convenience scripts and Kubernetes manifests that I use regularly to make the process of starting new clusters easier. Let’s look at the files I use most frequently.

A wrapper to start the Kind cluster used by Cluster API as the management cluster. It will be named mgmt in Kind. Running this command should look like:

Add the local registry to the management cluster. This could probably be rolled into the previous script, but just in case you don’t want the local registry it is separate. Running this command is relatively uninteresting, but should look like this:

Install Cluster API into the management cluster using the clusterctl command line tool. This file also contains the version information for the local Cluster API and Kubemark provider information. If it runs successfully it should look similar to this:

I usually confirm that things are working by checking all the pods on the management cluster.

This error shows us that we have a version mismatch between the expected and the found versions for Cluster API. In cases like this either the version should be changed in the script, or the configuration in the $HOME/.cluster-api directory should be checked.

Finally, the moment has arrived. We are ready to start deploying clusters. The kubemark directory of the CAPI Hacks contains some pre-formatted manifests for deploying clusters. I start by creating the objects in the kubemark-workload-control-plane.yaml manifest file, this will create a new cluster with a single Docker Machine to host the control plane. I am using a Docker Machine here so that the control plane pods will actually run. After running kubectl create -f kubemark-workload-control-plane.yaml, I watch the Machine objects until I see the control plane is Running.

Next I apply a Container Network Interface (CNI) provider to the new workload cluster to ensure that the nodes of the cluster can become fully ready. I use the deploy-cni.sh script to add Calico as the CNI provider (there is also a script to deploy OVN Kubernetes). I also use the get-kubeconfig.sh script to make managing the kubeconfig files a little easier. When successful it looks something like this:

Lastly, I create the workload cluster compute nodes by running kubectl create -f kubemark-workload-md0.yaml. This manifest contains the Cluster API objects for the MachineDeployment and related infrastructure resources to add Kubemark Machines to our workload cluster. Kubemark is so fast to load that within a 5-10 seconds I have all the new machines in a running state:

Inspecting the pods on the workload cluster you might note that the Calico containers assigned to Kubemark nodes are stuck at the Init:0/3 status. I’m not quite sure why this happens but I suspect it is an artifact of Kubemark, I’d like to investigate further but for the time being it does not seem to cause problems with testing.

The workflow is now nearly completely automated, or at least reduced to a much simpler series of commands. I have also found some allies along the way as people have shared suggestions, bug fixes, and improvements with me through my Cluster API Kubemark Ansible playbook and CAPI Hacks repositories.

There are more scripts and helpers inside the CAPI Hacks, after setting up clusters I tend to use the Cluster Autoscaler scripts to test the scaling mechanisms of that code. I am also learning about others using a similar workflow to test the inner working of Cluster API as well.

If you’ve made it this far, thank you, I hope you’ve learned a little more about how to setup virtualized testing environments for Kubernetes, and maybe even tried it out for yourself. If you have ideas or suggestions, or just want to chat about how to get Cluster API and Kubemark working better, open an issue on one of those repositories or come find me on the Kubernetes Slack instance as @elmiko, and until next time happy hacking =)